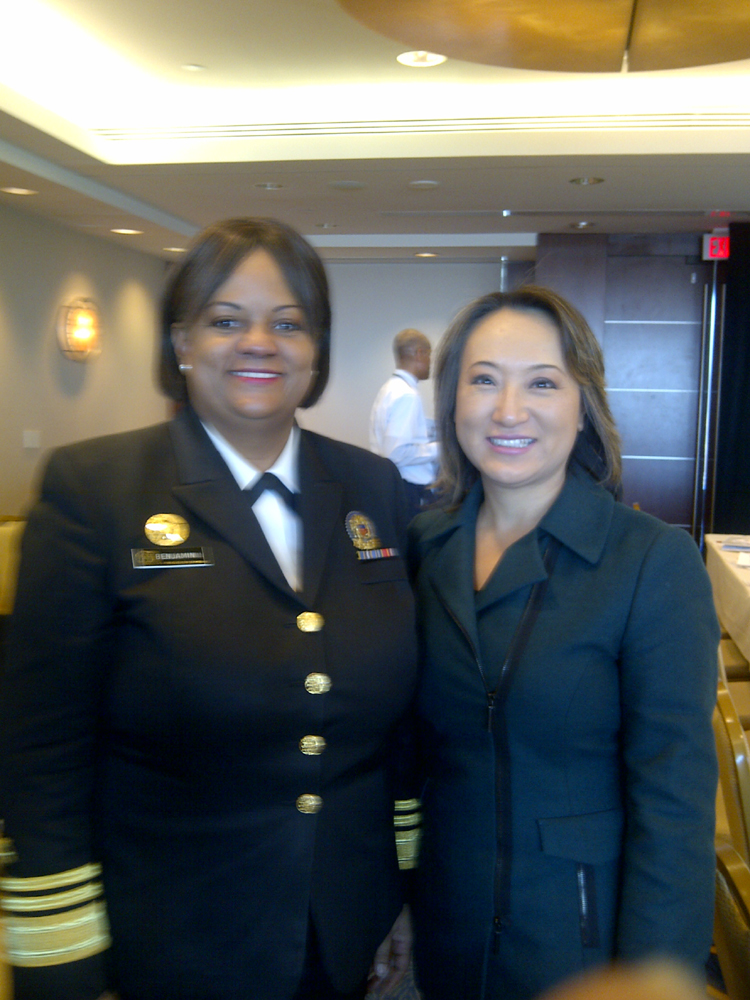 Mary is a member of the Executive Committee for the National Action Alliance for Suicide Prevention. The Alliance is a public-private partnership that helps guide the implementation of the goals and objectives of the National Strategy for Suicide Prevention. The Alliance envisions a nation free from the tragic experience of suicide, and champions prevention as a national priority.

Mary attended the recent meeting of the Alliance in Feb. 2012, which was led by co-chairs former U.S. Senator Gordon Smith and US Army Secretary John McHugh. In attendance was U.S. Surgeon General Dr. Regina Benjamin, who serves as an ex officio member.

Democrats.org shared President Obama’s message about the three-year anniversary of the signing of the Lilly Ledbetter Fair Pay Restoration Act. This Act was inspired by Lilly Ledbetter’s pay discrimination case against Goodyear Tire and Rubber Company, and redefined the statute of limitations on filing an equal-pay lawsuit.

February 22, 2012 (Chicago) – Obama for America announced today the campaign’s National Co-Chairs, a diverse group of leaders from around the country committed to re-electing President Obama. They will serve as ambassadors for the President, advise the campaign on key issues, and help engage and mobilize voters in all 50 states.

“The President’s National Co-Chairs will be tremendous assets on the ground as we build the biggest grassroots campaign in history,” said Jim Messina, Obama for America Campaign Manager. “They each share the President’s vision for a future where every American can have a fair shot at success, where hard work pays off and responsibility is rewarded.”

Our National Co-Chairs’ varied backgrounds and experiences will prove invaluable as they connect with the President’s supporters and advocate on his behalf on the campaign trail. They are proud of the President’s record and leadership in rebuilding the economy after the worst economic crisis in generations and helping restore security to middle-class families through cutting taxes, investing in education, expanding manufacturing, increasing America’s energy independence, ensuring that everyone has access to affordable health care, and making sure that everyone – from Wall Street to Main Street – plays by the same rules.

Senator Jeanne Shaheen:“President Obama has the right vision for this country. I am proud to support a campaign that embraces investment in America’s future and support a leader in innovation, education, and energy.”

Marc Benioff:“It’s an honor to serve the President as a campaign co-chair. His focus on American jobs and support for companies that create jobs here in America are just what we need to keep this recovery moving.”

Mayor Antonio Villaraigosa:”I am honored to serve as a national co-chair for Obama For America because this is a ‘make or break’ moment for the middle class. November’s election will provide voters with a clear choice: On the one side is a President who is fighting to create jobs, investing in our future, and working to reform our immigration system. On the other side is a Republican Party that is rejecting common-sense jobs measures, gutting investments in our future, and espousing ‘self-deportation’ policies that divide us as a nation.”

Governor Deval Patrick:“I am proud and honored to serve as a co-chair for President Obama’s reelection campaign. We need this President’s continued leadership to help us leave our country better than we found it.”

Representative Emanuel Cleaver: “President Obama has called for a national commitment to create an economy built to last – one based on fairness, opportunity, and investments in our future. With strong investments in K-12 and higher education in our most vulnerable communities and investments in job training, infrastructure and community reinvestment, the President has helped ease the burden for hard working American families and open doors of opportunity for generations to come. I am committed to working tirelessly as a National Co-Chair for Obama for America to ensure the President can continue to carry out his vision for an economy built to last and continue to bring positive change to our great country.”

Elaine Price:“In a time of great uncertainty, President Obama stepped up and saved our community from a depression and rescued the auto industry – our region’s biggest employer. Now we are growing and the American auto industry is again leading the world. Both my community and everyone I speak with feels like they have a new lease on life. The President’s sincerity and vision for America keeps me passionate about doing everything I can to make sure he has a second term.”

Attorney General Kamala Harris:“As a longtime supporter of Barack Obama, I am honored to serve as a National Co-Chair for Obama for America. Since taking office, the President has worked tirelessly to provide relief for struggling middle-class families and to lay a foundation for a strong economy that’s built to last. The President’s leadership and vision for the future will continue to move the country forward, rather than taking us back to the failed policies of the past.”